The Book of Remembrance

Posted on April 8, 2022 by Claude Mariottini

In a previous post, I listed seven books I would like to read. These seven books are mentioned in the Old Testament, however, these books no longer exist; they have not been preserved for future generations to read them. Among those seven lost books of the Old Testament, one of them was the book of remembrance. 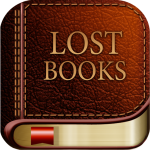 Most Christians know very little about the prophet Malachi. Malachi began his prophetic ministry in the middle of the fifth century (c. 450 B.C.). Malachi ministered at a very difficult time in the history of the restored community, at a time when the people who had returned from their exile in Babylon were struggling to survive. His message reflects the times prior to the reforms of Ezra and Nehemiah. Malachi preached to encourage a disheartened people who were depressed because of the economic and religious conditions present in Judean society.

Malachi’s message was presented in the form of a dialogue between the prophet and the people. Malachi used this technique in order to present God’s message to a recalcitrant and stubborn people. Malachi proclaimed that the people had habitually disobeyed the Lord’s decrees, that they had neglected their duties to God. The response of the people to Malachi’s message showed a defiant attitude which reflected their rebellion and their rejection of the law of Moses. The people argued with the prophet in order to justify their behavior.

After the people returned from Babylon, encouraged by the preaching of the prophets Haggai and Zechariah, they rebuilt the temple. The people were assured then that the rebuilding of the temple would bring blessings and prosperity. But with the passing of the years, nothing happened and the people became disillusioned

At the time Malachi began his ministry, the people were under Persian control. The economic situation was very difficult for those who had returned to Palestine. A few years before Malachi, the prophet Zechariah said that because of lack of work, there “were wages neither for people nor for animals” (Zechariah 8:10). After more than a half-a-century of hardship, the people lost their faith in God and the expectation for the better times proclaimed by Haggai and Zechariah gave place to doubts and skepticism. The people began to question whether God loved them (Malachi 1:2).

The message of Malachi must be understood in light of the covenantal relationship that existed between YHWH and the people of Israel. In the dialogue between Malachi, who speaks on behalf of God, and the people, the prophet decried the people’s and the priests’ unfaithfulness to God.

In his proclamation against the community’s unfaithfulness to God, Malachi addressed the many abuses that had crept into the religious and social life of the community. Malachi expressed his concern about the way people were making their offerings to God (Malachi 1:6-14), the unfaithfulness of the priests in their duty to teach the Law (Malachi 2:1-9), the violation of the marriage covenant (Malachi 2:10-16), the people’s criticism of God’s justice (Malachi 2:17-3:5), and the maintenance of the temple and the temple personnel (Malachi 3:6-12).

According to Malachi, the priests and the people were neglecting the Temple and their religious duties. The people began to intermarry with non-Jews, thus abandoning their unique identity as God’s covenant people. In addition, the moral and ethical standards of the community had declined. The people began practicing sorcery. They committed adultery and perjury. Some were oppressing laborers by depriving them of their wages, while others were oppressing the widows and the orphans, and depriving the aliens of their rights (Malachi 3:5). The people began to doubt whether there was a God of justice (Malachi 2:17). The people also complained that it was in vain that they served God (Malachi 3:14).

Thus, the whole emphasis of Malachi’s message was about the people’s violation of their religious and moral obligations to God and to each other. In their dialogue with Malachi, the people became more and more defiant against God. Finally, the Lord said to the people: “You have said terrible things about me” (Malachi 3:13 NLT).

However, in the midst of the people’s rebellion and their recalcitrant behavior toward God, there was a small group of faithful people who regarded the rebellious attitude of the community to be unacceptable. These were the God-fearers, people who feared the Lord, the faithful people who separated themselves from those members of the community who had lost faith in God’s goodness. This group came together to proclaim the Lord’s goodness and to offer support to each other.

This faithful remnant was the people “who feared the LORD” (Malachi 3:16). They were the faithful believers through whom God’s work in the world was to be accomplished. The rebellious and skeptical people were the ones who did not fear the Lord (Malachi 3:5). While these people met together to criticize the Lord (Malachi 2:17; 3:13-15), the people who feared the Lord also met. They came together to speak about the Lord’s faithfulness and to reassure one another of the Lord’s goodness.

The Lord did not allow the actions of this faithful group of people to go unnoticed. According to Malachi, “the LORD took notice and listened” (Malachi 3:16). As a result, “a book of remembrance was written before Him for those who feared Yahweh and had high regard for His name” (Malachi 3:16 HCSB).

This book of remembrance is similar to royal books found in the Ancient Near East where the actions of people were recorded (Esther 6:1) so that they could receive public recognition and a reward (see Esther 6:2-3).

Daniel speaks about the gathering of the nations and the final judgment before the heavenly court: “Then the court was convened, and the books were opened” (Daniel 7:10). The opening of God’s books in Daniel is similar to the opening of the books in Revelation 20:12 on the day when people will give an account to God for their actions.

Because the God-fearers remained faithful to God in the midst of the rebellious attitude of the community, the Lord promised to spare them as his treasured possession in the day of judgment: “They shall be mine, says the LORD of hosts, my special possession on the day when I act, and I will spare them as a man spares his son who serves him. Then once more you shall distinguish between the righteous and the wicked, between one who serves God and one who does not serve him” (Malachi 3:17-1).

Since the book of remembrance was written for those who feared the Lord and honored his name, then, this book does not contain what the people promised to do for the Lord, but what the Lord promised to do for those who honor him. Thus, the book of remembrance teaches us that God is aware of the problems believers face in being faithful to him. When believers remain faithful to God in the midst of ungodliness and skepticism, God takes notice.

In the midst of an unfaithful generation there are people who ask: “Where is the God of justice?” (Malachi 2:17). Others may even say that “there is no point in serving God” (Malachi 3:14). But one day a distinction will be made “between righteous people and wicked people, between the one who serves God and the one who doesn’t serve him” (Malachi 3:18) because the names of those who fear God and what they have done will be written in a book of remembrance.