Exodus: The Oppression of Israel

Posted on November 1, 2021 by Claude Mariottini

Today I begin a series of studies on the book of Exodus. The book of Exodus describes the formation of Israel as a people chosen by God to carry out his work in the world. The book begins with events that occurred several years after the death of Joseph. The promises God made to Abraham were in jeopardy because his descendants were slaves in Egypt. God, however, continued to be faithful to the promises he made to Abraham. The book of Exodus details how God delivered Israel from their oppressive condition in Egypt by the hands of Moses and established a new relationship with the people through the promulgation of the covenant on Mount Sinai. 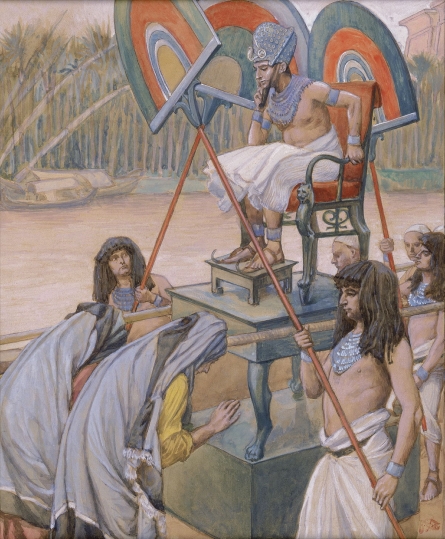 Moses was one of the most important figures in the Old Testament. The books of Exodus, Numbers, and Deuteronomy describe several important aspects of his life. These three books present much information about his life, beginning with his birth as a member of a family who were slaves in Egypt until his death at the age of one hundred and twenty years on Mount Nebo, in the land of Moab (Deuteronomy 34).

The life of Moses and his work as the leader of Israel deserves our attention and invites us to a detailed study of the life of the man who brought Israel out of their slavery in Egypt. His character, his faith, and his position as the leader of the people of Israel during the formative years of the nation teach us what God requires from an individual when he needs a dynamic leader to accomplish his work in the world. Moses was called to liberate the people of Israel from their oppressive situation in Egypt. Moses was chosen by God to deliver Israel “out of the house of slavery” (Exodus 13:3).

Today’s post will be focused on the oppression of the Israelites and events related to the birth of Moses. The biblical text describes the formative years in the life of Moses. The experience related to his birth remained engraved on his heart for the rest of his life. These events of his infancy probably were related to Moses by his mother, who served as his nurse until the day Moses was old enough to be weaned (Exodus 2:10), or by his brother Aaron or by his sister Miriam. These two, Aaron and Miriam, had an important role in the work of Moses; they were helpers of Moses in his mission of freeing the people of Israel from their captivity in Egypt.

The focus of today’s post deals with the foundations of the past in the formation of the character of an individual and in the formation of a life which can be used by God and can be a blessing to others. The life of Moses has this important aspect: his past molded his life and prepared him for his future work.

Moses was the son a slave, but he grew up in the palace of the Pharaoh of Egypt. Moses knew the heart of the oppressed because he was born poor and oppressed, but he also knew the abundance rich people enjoyed because during his early life he was able to enjoy the riches of Egypt. Moses was educated in all the wisdom of Egypt. But he spent forty years as a humble shepherd. Moses was a man who was well educated who also knew the heart of a humble person.

Moses grew up in a palace and was educated to be a leader in Egypt, but he spent most of his life living in the desert. He was rich and famous, but because of his encounter with God on Mount Sinai, Moses chose to suffer with God’s people rather than enjoy the luxury of living in Pharaoh’s palace. He thought that suffering for God would be better than having the treasures of Egypt. According to the writer of Hebrews, Moses was looking ahead to his reward (Hebrews 11:25–26).

Moses had a problem with his speech; he could not speak fluently. When God first appeared to him, Moses said to God, “Please, Lord, I’m not a good speaker. I’ve never been a good speaker, and I’m not now, even though you’ve spoken to me. I speak slowly, and I become tongue-tied easily” (Exodus 4:10 GWN). Even though Moses was not a good speaker, God used the mouth of Moses to proclaim the eternal purposes of God before the Pharaoh of Egypt.

The main truth we learn from the life of Moses is the lesson that speaks to every person: God can use the experiences of the past to edify lives that can be used in his work in the world and for good for ourselves.

The Oppression of Israel

“Now a new king arose over Egypt, who did not know Joseph. He said to his people, ‘Look, the Israelite people are more numerous and more powerful than we. Come, let us deal shrewdly with them, or they will increase and, in the event of war, join our enemies and fight against us and escape from the land. . . . Then Pharaoh commanded all his people, Every boy that is born to the Hebrews you shall throw into the Nile, but you shall let every girl live’” (Exodus 1:8–10, 22).

A few years after the death of Joseph, a new king ascended to the throne of Egypt. The Bible does not mention the name of this Pharaoh nor the date of his reign. Probably, the new king belonged to a new dynasty, different from the dynasty that had named Joseph to his high position in the Egyptian government. The new king did not have any reason to appreciate what Joseph had done to save the inhabitants of Egypt.

This fear was justified. In 1720 BCE, a group of Asiatic people, the Hyksos kings, entered Egypt, conquered the country, and became lords of the Egyptians for almost two hundred years. During the reign of the Hyksos, the Israelites entered Egypt. Joseph was elevated to a position of honor and preeminence in Egypt.

After the Hyksos were expelled from Egypt, it is probable that the new dynasty of Egypt identified the Hebrews with the same danger posed by the Hyksos. This fear of the new Egyptian dynasty was the cause of the violent and inhumane oppression imposed upon the people of Israel.

The solution of the king of Egypt was simple: In order to avoid the union of the Hebrews with potential enemies of Egypt, the king suggested that the Israelites should be subjected to forced labor.

The land of Goshen, where the Israelites lived (Genesis 47:6), was located near the Way of the Sea, the route that united Egypt to Syria. This route was used by the enemies of Egypt to invade their nation. The Egyptians also were afraid that the Israelites, now as numerous as the people of Egypt, would join their enemies. Thus, Pharaoh proposed to deal wisely with the people of Israel with the purpose that Egypt could use the Israelites for their personal benefit and at the same time control the numerical growth of the people of Israel. The purpose of the oppression was to control the people and at the same time gain the economic potential of free labor.

The solution of Pharaoh was to force the people of Israel to work for the kingdom, building two storage cities, Pithom and Rameses. The city of Pithom was located east of Timnah lake. The city of Rameses was the old city of Avaris. Avaris was the capital of the Hyksos, the foreign people that invaded Egypt. Avaris was located in the northeastern region of the Nile Delta. Avaris was rebuilt by Ramses II, who then named the city “the house of Rameses.”

If Ramses II was the Pharaoh who forced the Israelites to work in these building projects, then the exodus occurred during his reign, approximately 1280 BCE. The king of Egypt imposed hard servitude upon the people of Israel. The people were forced to make mud bricks and work in all classes of work, “They made their lives bitter with back-breaking work in mortar and bricks and every kind of work in the fields. All the jobs the Egyptians gave them were brutally hard” (Exodus 1:14 GWN). The purpose of the forced labor was to break the spirit of the Israelite community, to diminish the numbers of the Hebrew population, and to force the people to have fewer children.

The oppressive measures taken by the king of Egypt was a failure. As much as the people of Israel were oppressed by the Egyptians, the more they multiplied and grew in number, “But the more the Israelites were oppressed, the more they increased in number and spread out. The Egyptians couldn’t stand them any longer” (Exodus 1:12 GWN). With the growth of the Hebrew population in Egypt, the king and his people feared the threat posed by a people as numerous as the population of Egypt.

The second oppressive measure that Pharaoh took against the people of Israel was to kill all the newborn baby boys born to Israelite mothers. Pharaoh ordered the two Hebrew midwives to kill all boys born to Israelite mothers. The two midwives, Shiphrah and Puah refused to carry out Pharaoh’s order. They disobeyed the order of Pharaoh and thus they saved the lives of many Israelite boys. The decision of the midwives represents a humanitarian action based on religious sentiments, “the midwives feared God; they did not do as the king of Egypt commanded them, but they let the boys live” (Exodus 1:17).

The third oppressive measure taken by Pharaoh was to drown in the river the newly born babies. The king commanded all his people to throw all the male children born of Hebrew mothers into the Nile. It is unbelievable that a king could command the death of innocent children, but Pharaoh did. His preoccupation was to save the life of his people and not for the well-being of a group of slaves. The concept of the sanctity of human life is the fruit of the moral values that come from a knowledge of the true God.

Series on the Exodus

1 Exodus: The Oppression of Israel

2 Exodus: The Birth of Moses

3 Exodus: Moses Among His People

3 Responses to Exodus: The Oppression of Israel