The Death of Bathsheba’s Child – Part 1

Posted on September 19, 2011 by Claude Mariottini 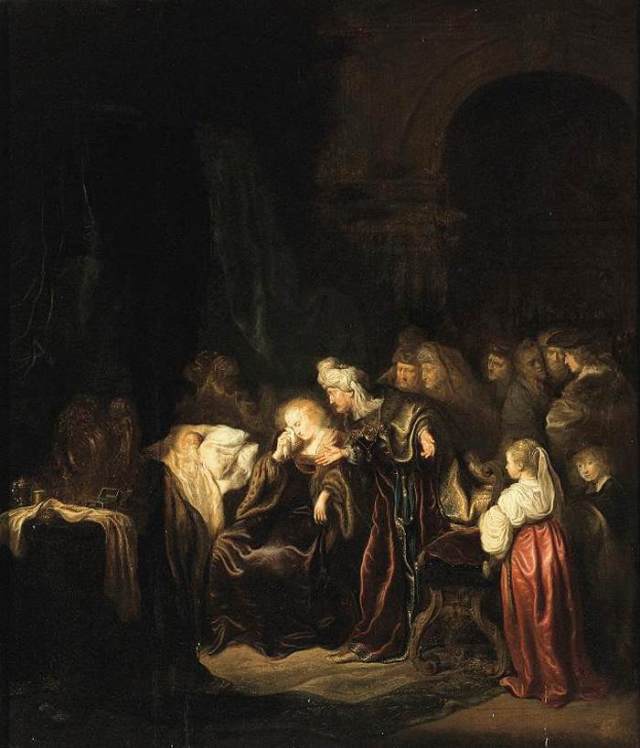 Recently, a member of my church asked me a question about the death of Bathsheba’s child.  His concern was about the moral implication of the Lord striking the child and allowing the baby to die soon after birth.  The question he asked was: “Why did God kill the child?”

I gave a brief response to his question because our time was limited.  Later on, in a personal email, we continued our dialogue on this issue and I promised him that I would write a post on the death of Bathsheba’s child and provide some answers to his question.

The present post deals with the affair between David and Bathsheba and its consequences.  Part 2 of my study will be an attempt at understanding the death of the child.  In preparation for this study, it is important that you be familiar with 2 Samuel 11-12.  If you have not read these two chapters recently, I urge you to do so before reading this post.

David’s affair with Bathsheba occurred at a time when he should be on the battlefield at war against his enemies: “In the spring of the year, the time when kings go out to battle, David . . . remained at Jerusalem” (2 Samuel 11:1).  The text does not state the reason David remained in Jerusalem while his army was fighting against the Ammonites. It is possible that David allowed his army to do most of the battle before he came to finish the work and claim credit for the victory.

The text does not say whether Bathsheba was aware that the king would be watching her as he walked on the roof of his palace or whether her action was unpremeditated, without any intention of seducing the king.

David desired Bathsheba, so he sent messengers to get her.  Bathsheba came to David’s house, the king took her to his chambers and had sex with her. “Then she returned to her house” (2 Samuel 11:4).

The fact that David sent for her at a time when Uriah, Bathsheba’s husband and one of David’s thirty mighty men, was away from home, may indicate that Bathsheba was forced to come with the men and that she was forced to have sex with the king. When interpreting David’s action, one must acknowledge the power of a king over his female subjects.

As a result of the affair, Bathsheba became pregnant. The only time in the story Bathsheba’s voice is heard is when she sent a message to David saying, “I am pregnant.” When David heard the news, he did not contact Bathsheba about her pregnancy.  He knew the baby was his.

In order to deal with this situation, David called Uriah from the battlefield to report on the progress of the war against the Ammonites. David told Uriah to go home and “wash his feet” (2 Samuel 11:8).

David’s attempt to cover up Bathsheba’s pregnancy reveals that David recognized that his action was unacceptable, so much so that he tried to keep the affair a secret , even if he had to kill Uriah. This brings the reader to Uriah.

Uriah, Bathsheba’s husband, was one of David’s elite thirty mighty warriors (2 Samuel 23:39).  Although he was a Hittite, his Yahwistic name indicates that he had become a believer in the God of Israel.  His name means “Yahweh is my light.” Uriah’s loyalty to his Yahwistic faith is revealed in his adherence to the rules of holy war which required sexual abstinence from a soldier involved in God’s war.  While Uriah was loyal to his oath, David, by his shameful action, broke solidarity with the soldiers in his army.

Uriah’s response to the king may be understood as a sarcastic refusal to do what the king had requested. Uriah said to David: “The ark and Israel and Judah remain in booths; and my lord Joab and the servants of my lord are camping in the open field; shall I then go to my house, to eat and to drink, and to lie with my wife? As you live, and as your soul lives, I will not do such a thing” (2 Samuel 11:11).

David realized that Uriah would not violate his vow of abstinence.  So, he devised a plan to deal with the situation.  He wrote a letter to Joab, the commander of his army, saying: “Set Uriah in the forefront of the hardest fighting, and then draw back from him, so that he may be struck down and die” (2 Samuel 11:15).

Joab, probably aware of David’s affair with Bathsheba, did as the king commanded.  He placed Uriah in the section of the battlefield where the fighting was the fiercest.  During the battle Uriah was killed as well as several other soldiers. The murder of Uriah was David’s attempt at concealing his affair with Bathsheba, for now people would believe that the child Bathsheba was carrying was Uriah’s.

“The LORD considered what David had done to be evil” (2 Samuel 11:27).  So, the Lord sent the prophet Nathan to confront David and tell him the consequences of his adultery with Uriah’s wife.  When the prophet Nathan confronted David, the prophet told the king a story of a rich man taking the only ewe-lamb that was the special possession of a poor man.

David recognized that an injustice had been done and he decreed that the men who stole another’s man possession should die.  Then Nathan told David that he was the guilty party. The story was intended to tell the king that his relationship with Bathsheba was a violation of Uriah’s marriage by taking what belonged to him: his wife. David’s action was comparable to stealing another’s man wife.

Nathan told David what his sentence would be:

“Now therefore the sword shall never depart from your house, for you have despised me, and have taken the wife of Uriah the Hittite to be your wife. Thus says the LORD: I will raise up trouble against you from within your own house; and I will take your wives before your eyes, and give them to your neighbor, and he shall lie with your wives in the sight of this very sun. For you did it secretly; but I will do this thing before all Israel, and before the sun.” David said to Nathan, “I have sinned against the LORD.” Nathan said to David, “Now the LORD has put away your sin; you shall not die. Nevertheless, because by this deed you have utterly scorned the LORD, the child that is born to you shall die.” Then Nathan went to his house. The LORD struck the child that Uriah’s wife bore to David, and it became very ill. David therefore pleaded with God for the child; David fasted, and went in and lay all night on the ground. . . . On the seventh day the child died” (2 Samuel 12:10-18).

What kind of justice is this? God pardons David but then makes the baby pay for his sins.  This is the question that needs to be answered and that will be the topic of my next post.

Posts on David and Bathsheba

The Death of Bathsheba’s Child – Part 1

The Death of Bathsheba’s Child – Part 2

The Death of Bathsheba’s Child – Part 3

NOTE: For other studies on Bathsheba, read my post Bathsheba, The Wife of Uriah.

5 Responses to The Death of Bathsheba’s Child – Part 1