Welcome to Oron and Rahav

Posted on January 7, 2010 by Claude Mariottini 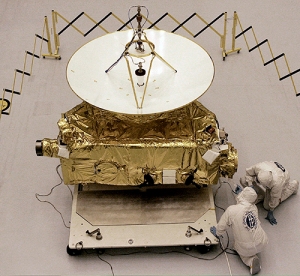 And why oron and rahav? An article published in Forward explains:

Oron (the stress is on the second syllable) was coined by one of the contest’s Internet participants, from the Hebrew word or, meaning “light,” plus the diminutive suffix –on, thus giving us “little light.” Besides sounding like “Uranus,” it must have seemed fitting to those who voted for it, because the seventh planet is indeed a faint presence in the sky. Shah.ak, the runner-up, is a literary Hebrew word for “sky” that goes back to the Bible and would have been closer to Uranus in meaning, though without any phonetic similarity.

Rahav, the new Hebrew name for Neptune, also appears in the Bible, where it is the name of a mythological sea monster. In the Book of Job, for instance, we are told, “By His [God’s] power He stilled the sea; by His understanding He smote Rahav.” The Talmudic tractate of Bava Batra even refers to Rahav as “the lord of the sea” (sar shel yam), which makes this legendary creature a rough Hebrew parallel to the Roman sea god Neptune. Tarshish, which came in second, is the name of a distant but unidentified Mediterranean city or land mentioned many times in the Bible, sometimes in the metaphorical sense of “far over the sea.”

As for the visible planets that were all known in ancient times, all have old Hebrew names going back to early rabbinic literature. Mercury is kokhav h.amah, “the sun star,” or sometimes just h.amah, because its orbit’s closeness to the sun makes it possible for us to see it only in the sun’s vicinity at dawn and dusk. (It is in fact extremely difficult to make out Mercury at all.) Venus, the brightest of all celestial bodies after the moon, is nogah, “the bright one.” Mars’s reddish color gave it the name of ma’adim, “the red one.” Jupiter in Hebrew is tsedek, which means “justice”; the Roman god Jupiter was the patron of justice and law, hence the Hebrew name. Saturn is shabtai, from shabbat, “Sabbath”; this is an ancient translation of the Roman dies Saturni, “the day of Saturn” (from which comes English “Saturday”), who was the god thought to preside over the seventh day of the week.

The Israelis still do not have a Hebrew name for Pluto. But, as most people know by now, Pluto has been demoted. Recently, scientific concluded that Pluto is not a planet but an asteroid-like object and so Pluto was classified as a “dwarf planet.”

I am not a scientist, but in my book Pluto is still a planet. Maybe, I will have to wait until 2015 when New Horizons, NASA’s mission to Pluto, will confirm whether Pluto is just a hunk of ice in the Kuiper belt or it is indeed the ninth planet in the solar system.

This entry was posted in NASA and tagged Neptune, Oron, Pluto, Rahav, Uranus. Bookmark the permalink.

8 Responses to Welcome to Oron and Rahav