The Ten Most Influential People in the History of the Church

Posted on January 2, 2006 by Claude Mariottini 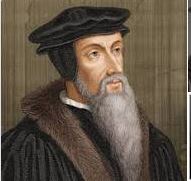 I am not a church historian. Thus, the names I have selected probably will not meet with universal acceptance by those who spend their time studying and evaluating the great movements and people who made an impact on the history of Christianity.

A factor that makes the selection difficult is that, in two thousand years, there were hundreds of people who, in one way or another, have made an impact on history of the Church. Thus, to select only ten people may be a little presumptuous. What were the qualifications applied to select these ten most influential people? The only criteria I applied were that the people selected had either a lasting effect on the life and work of the church or their lives and work had more than just a local impact. With these caveats in place, here is my list of the ten most influential people who made an impact on the history of Christianity.

Paul’s conversion to Christianity was a turning point in the history of the church. With the support of the church in Antioch, Paul went on several missionary journeys preaching to the Gentiles. Paul preached that Gentile believers did not have to observe Jewish laws. His ministry opened the doors for the evangelization of the Gentile world and helped Christianity to stand on its own rather than becoming a Jewish sect. The work of Paul helped to establish Christianity as a world religion.

He was the first Roman emperor to become sympathetic to Christianity. In 313 Constantine issued the Edict of Milan legalizing Christianity, returning properties confiscated from Christians, and granting special privileges to the church. Under his protection, Christianity enjoyed a period of growth and gained acceptance in the Roman Empire.

He was one of the Christian theologians who opposed Arianism. Arius believed the pre-incarnate Jesus was divine but that he was created by God and therefore, there was at time when the Son did not exist. In 325 Athanasius attended the Council of Nice, which condemned Arianism as a heresy. He wrote extensively defending the eternity of the relationship between Father and Son.

He was an important theologian and thinker, whose writings have made an impact on the history of the church. Augustine’s writings against Pelagius, who did not believe in original sin, helped the Catholic Church develop its doctrine of original sin. His writings on predestination influenced some of the reformers, especially John Calvin. He is also credited with formulating a theory of the just war.

Thomas Aquinas is considered the most important theologian of the Catholic Church. He used Aristotle’s philosophy to produce his theological writings. Aquinas believed reason and faith can become allies in the proper expression of the Christian faith. Aquinas was a prolific writer, who is better known by his work Summa Theologica.

Teresa of Avila was a Spanish Carmelite nun. She is also known as Teresa de Jesús. She is better known for her religious mysticism. After entering the convent, she became seriously ill.
During this period of sickness, she experienced spiritual ecstasy through the reading of mystic writings. Her prayers and poems have become classical expositions of the contemplative life. Teresa of Avila became the first woman to be declared a Doctor of the Church.

Luther was a German priest whose teaching gave birth to the Protestant Reformation. In 1517, Luther posted 95 theses on the door of the church in Wittenberg protesting against the sale of indulgences and other abuses of the church. The theses questioned the church’s teaching on indulgences and called for reform. Luther called the church to return to the teachings of the Bible. When the church refused his call for reformation, he broke away from the church. He translated the Bible into German and made God’s Word available in the language of the people.

John Calvin was an influential French Christian theologian during the Protestant Reformation. He was a great expositor of the Bible and the author of the Institutes of the Christian Religion published in 1536. In his teachings, Calvin emphasized the doctrine of salvation by grace rather than by works. His teachings form the basis for the theological system known as Calvinism.

John Wesley was an Anglican minister who became the founder of the Methodist Church. The early Methodist movement was known by its social work, charitable ministries, and missionary activities. John and his brother Charles were dedicated evangelists and hymn writers. The Methodist church grew because of Wesley’s commitment to preach the gospel to the masses.

There you have it; the names of ten people I believe had a great impact on the history of the church. However, there are many others who should also appear on this list. In addition to the ten people listed above, I could have mentioned the apostles Peter and John, but they were contemporary with Jesus.

I could also have mentioned John Chrysostom, an important Christian bishop in Constantinople who was famous for his oratory, Leo the Great, who is widely considered to be the first Pope and who stopped the invasion of Rome by Attila the Hun, Pope John Paul II, who is credited as one of the forces which brought about the fall of Communism, or even Billy Graham who has touched the lives of millions of people through his evangelistic crusades. I could have mentioned many others, but I was asked to mention only ten people.