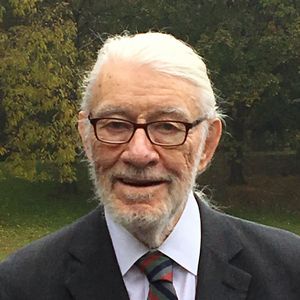 Professor Norman Gottwald, Professor Emeritus of Biblical Studies at the Graduate Theological Union in Berkeley, California, died on March 11, 2022 at the age of 95. Dr. Gottwald was a well-known Old Testament scholar. Gottwald was one of the first scholars to use social theory and method in biblical studies. His work was known worldwide, primarily his book The Tribes of Yahweh: A Sociology of the Religion of Liberated Israel, 1250-1050 B.C.E. which was published in 1979. The Tribes of Yahweh was a study of the origins of ancient Israel. According to Gottwald, Israel arose in Canaan as the result of an indigenous peasant uprising among the Canaanites.

Norman Gottwald was my teacher at the time I was doing graduate studies at the Graduate Theological Union in Berkeley, California in the early 1970s. One of the courses I took with Gottwald was a class on Old Testament theology.

The rest of the quarter we spent studying the first five chapters of Gottwald’s magisterial work, The Tribes of Yahweh: A Sociology of the Religion of Liberated Israel 1250-1050 B.C.E. It was a great experience being there when Gottwald was using his class to provide feedback on a book that made a great impact on Old Testament studies.

A few years later, when I was working on my Ph.D. at The Southern Baptist Seminary, our Old Testament colloquium spent a whole semester discussing The Tribes of Yahweh. The reaction of both the faculty and the students in the colloquium to the book was mixed, but all of us knew that we were discussing a unique contribution to the social studies of the Old Testament.

Over the years I maintained contact with Gottwald. When I finished my Ph.D. dissertation, “The Problem of Social Oppression in the Eighth Century Prophets,” I asked Gottwald to be my outside reader. He accepted my invitation, read my thesis, and provided helpful suggestions that greatly improved the content of my work.

Norman Gottwald was a social activist. In March 1972, President Richard M. Nixon, in the bombing effort conducted against North Vietnam, ordered the bombing of the port city of Haiphong. The news came when we were in class. Gottwald stopped teaching and we spent the rest of the class discussing what we could do to protest the bombing of Haiphong. The next day, several students went to People’s Park to protest against the war.

Several years ago, I had the opportunity to interview Gottwald in preparation to write a short biography on Norman Gottwald. This short biography, “Norman K. Gottwald,” was published in The Encyclopedia of Christian Literature, edited by George T. Icurian (Lanham: The Scarecrow Press, 2010), 340-341.

This entry was posted in News and tagged Norman Gottwald. Bookmark the permalink.