Belonging to Adoniyahu, the Royal Steward

Posted on September 24, 2019 by Claude Mariottini

A volunteer worker serving in the sifting project of the City of David found a small 7th century BCE clay sealing with an inscription bearing the name Adoniyahu asher al habayit, “Belonging to Adoniyahu, who is over the house.” The expression, asher al habayit, means “royal steward,” and it is, according to Eli Shukron, “used throughout the Bible to describe the most senior official serving under a king of Judea or Israel.” 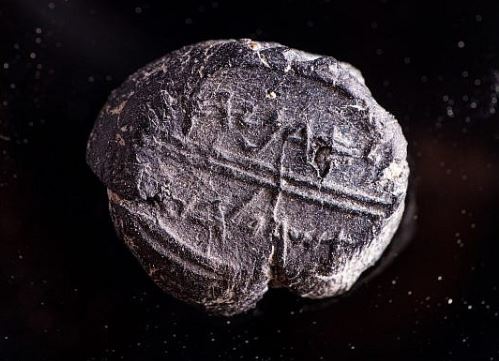 The sifting project uses volunteers to help archaeologists to sift the debris. The discovery of the tiny seal came from the debris excavated from the foundations of the Western Wall under Robinson’s Arch in 2013. The seal was used as a letter sealer by its owner.

Eli Shukron, the archaeologist who conducted the initial excavations on behalf of the Israel Antiquities Authority, in an article published in Israel Hayom said: “This is the first time this kind of archaeological discovery has been made in Jerusalem. The biblical title ‘asher al habayit’ was the highest-ranking ministerial position beneath the king during the reigns of the kings of Judea and Israel.”

The seal was inscribed with the Hebrew name of a prominent person in Jerusalem whose name was Adoniyahu, a Hebrew name meaning “The Lord is my Master.”

In an article published in The Times of Israel, archaeologist Eli Shukron said that “this inscription is unique and ‘of utmost importance.’ The role of the Royal Steward (Asher al Habayit) appears several times in the Bible and is used for the highest-level minister in the royal court. For example, the title of Royal Steward was used in the Book of Genesis for Joseph’s high-powered position in Egypt.”

“The clay sealing, or bulla, was used in the First Temple period to seal important documents, said Shukron.”

There are several persons named Adoniyahu who appear in the Bible as Adonijah.

Adonijah, the Son of David

The most familiar Adonijah was the son of David. Adonijah was the fourth son of David and the first son of his wife Haggith (2 Samuel 3:4). After the death of his three brothers, Amnon, Chileab and Absalom, Adonijah became the heir of David’s throne. When David was old, Adonijah gained the support of Abiathar the priest and of Joab the commander of David’s army and proclaimed himself king in place of David. His name appears in the Hebrew Bible as Adoniya (2 Samuel 3:4) and Adoniyahu (1 Kings 1:8).

Adonijah, a Lay Leader in the Judean Community

After Ezra had read the Law to the assembled community, the people made a public commitment to obey the demands of the law. This commitment was put into writing and it was signed by Nehemiah, twenty-one priests, seventeen Levites, and forty-four lay leaders of the community, of which Adonijah was one of them (Nehemiah 10:17).

The Adoniyahu who was the Royal Steward and whose name appears on the seal, is a different person, since the seal was dated to the 7th century BCE by the archeologists involved in the sifting project. This Adoniyahu is not mentioned in the Bible.

However, it is possible that this Adoniyahu may be associated with a First Temple, 7th century BCE grave in the Kidron Valley, which is also inscribed with “Asher al Habayit.”

According to the article published in The Times of Israel,

This grave was originally commonly thought to have been that of the most famous steward, Shevna (also found as Shevaniyahu), who is described in 2 Kings and in the Book of Isaiah as the Royal Steward of King Hezekiah of Judah. Tantalizingly, he was expelled from duty and is recorded as having carved a grave.

For years, scholars have attempted to tie the Kidron Valley grave to this biblical figure, despite the lack of a full identifier. The new inscription, Adoniyahu, also of the same period as the mysterious grave, may offer a new arena of research for linguists deciphering the burial inscription.

“Whether this [the royal steward Adoniyahu] is the person buried in the cave, we don’t know,” said Shukron.

Although archaeologists cannot provide any information about the Royal Steward Adoniyahu, the discovery of the seal continues to shed light on the people who lived in Jerusalem during the First Temple period.

Doron Spielman, vice president of the City of David Foundation, said that the Adoniyahu seal “is of tremendous significance. This tiny bulla has immense meaning to billions of people worldwide – the personal signet of a senior official to a biblical king from the First Temple period. This is another link in the long chain of Jewish history in Jerusalem that is being uncovered and preserved at the City of David on a daily basis.”

1 Response to Belonging to Adoniyahu, the Royal Steward