In Search of the City of Ai 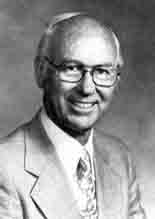 After Joshua conquered the city of Jericho, Joshua and the army of Israel prepared for the conquest of the city of Ai. According to Joshua 7:2, Joshua prepared for the invasion of Ai by sending spies to reconnoiter the land: “Joshua sent men from Jericho to Ai, which is near Beth-aven, east of Bethel, and said to them, ‘Go up and spy out the land.’ And the men went up and spied out Ai” (Joshua 7:2).

The history of excavations at Ai goes back to the beginning of the twentieth century. In 1924 W. F. Albright conducted a surface survey of the region around Bethel and concluded that the ruins of et-Tell were the site of the biblical city of Ai. That identification was made possible by Albright’s belief that the statement in Joshua 8:28 confirmed his conclusion.

That statement says that “Joshua burned Ai, and made it forever a heap of ruins, as it is to this day.” The expression “heap of ruins” in Hebrew is tēl. Thus, Albright believed that the ruins of et-Tell supported the view that the site was the ancient biblical city of Ai.

In 1928 John Garstang conducted the first official excavation of et-Tell. Although most of the excavation report was never published, Garstang reported that he found pottery that could be dated to the Late Bronze Age (ca. 1400 B.C.). According to Garstang, the findings confirmed the biblical data, that is, that the city of Ai was conquered and destroyed by Joshua.

In one of his seminars, I and two other fellow students, Ed Harmon and James B. Davis, spent one whole semester studying the archaeological notes and reports of his work at et-Tell. We also had the opportunity to study Garstang’s and Marquet-Krause’s work at the site.

In order to affirm the biblical view that the conquest of the land of Canaan took place circa 1250 B.C., W. F. Albright proposed that the narrative in Joshua 8 refers to the conquest of Bethel and not Ai. Bethel is located a few miles from Ai. Albright believed that the inhabitants of Bethel defended their city on the ruins of the city of Ai.

In his article on Ai, published in The Anchor Yale Bible Dictionary, Callaway came to the following conclusion:

[T]here is increasing evidence from excavations and surveys of the hill country from the Negeb to Esdraelon that a military conquest as described in Joshua 1–11 is without archaeological support, and that the settlement depicted in the book of Judges matches the evidence more accurately. The hundreds of villages, among which was that at Ai, founded on hilltops and supported by an agricultural subsistence, were occupied by people who fled from conflicts and violence to the safety of the hills. Indeed, the original settlers at Ai seem to have come to the highlands by way of the lowlands to the W and N instead of from the E (as depicted in popular “conquest” and “sedentarization” reconstructions). The people at Ai would thus be part of the large population of villagers in the highlands that emerged as the Israel we know in the book of Judges (1992: 1:130).

Recently, in an attempt at defending the historicity of the conquest of Ai in the book of Joshua, some archaeologists have proposed that the identification of et-Tell with the biblical city of Ai is incorrect. Bryant G. Wood, in his article “The Search for Joshua’s Ai” has proposed that the real site for biblical Ai is Khirbet el-Maqatir. Wood’s article was published in Critical Issues in Early Israelite History, edited by Richard S. Hess, Gerald A. Klingbeil, and Paul J. Ray Jr. (Winona Lake: Eisenbrauns, 2008), 205-240.

Below is an abstract of Wood’s article:

The sites of Joshua’s Ai, Beth Aven and Bethel, are chronologically and geographically linked by Josh 7:2 and related passages. Joshua’s Ai is commonly thought to be located at et-Tell and Bethel at Beitin. Assuming these two identifications to be correct, no viable location for Beth Aven has been suggested. A detailed review of the geographical and archaeological data pertaining to et-Tell and Beitin reveals that et-Tell does not meet the biblical requirements for Joshua’s Ai, and Beitin does not meet the biblical and extrabiblical requirements for Bethel. Based on present evidence, the only combination that meets the complex matrix of biblical and extrabiblical requirements for the three sites is to locate Bethel at el-Bira, Beth Aven at Beitin, and Joshua’s Ai at the newly excavated site of Khirbet el-Maqatir.

In defense of his argument that et-Tell is not the site of biblical Ai, Wood presents several reasons why et-Tell should not be identified with Ai. He begins his argument with the following statement:

Wood then provides several reasons to show that et-Tell does not meet the biblical requirements to be identified with the ancient city of Ai.

You can download a PDF copy of Wood’s article by clicking here.

One has to read Wood’s argument and decide whether or not his argument is valid. One major problem with Wood’s view is his insistence that the conquest of Canaan occurred in the 15th century B.C. The traditional date for the exodus is 1446 B.C.

Most archaeologists and biblical scholars place the date of the exodus in the 13th century B.C. Wood has defended the 15th century date for the exodus in his article, “The Rise and Fall of the 13th Century Exodus-Conquest Theory,” Journal of the Evangelical Theological Society 48 (2005): 475-489.

A response to Wood’s view was presented by James K. Hoffmeier in his article, “What Is the Biblical Date for the Exodus? A Response to Bryant Wood,” Journal of the Evangelical Theological Society 50 (2007): 225-247.

In turn, Wood presented a rebuttal to Hoffmeier in his article “The Biblical Date for the Exodus is 1446 BC: A Response to James Hoffmeier, Journal of the Evangelical Theological Society 50 (2007): 249-258.

The debate between Woods and Hoffmeier shows that even evangelicals disagree on the date of the exodus. This is the reason the location of the city of Ai has a unique place in this debate.

3 Responses to In Search of the City of Ai