The Chronology of Ancient Egypt 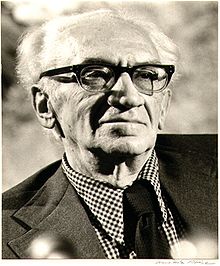 A team of researchers from England, France, Austria, and Israel have done a radiocarbon analysis of 211 samples taken from seeds, baskets, textiles, fruits, and other plants in order to develop a more accurate chronology of ancient Egypt. The result of this analysis, according to Christopher Bronk Ramsey, a physicist and mathematician at the University of Oxford, has provided scholars with an “accurate chronology of ancient Egyptian dynasties that agrees with most previous estimates.”

The following are excerpts from the article published in Science Daily:

For several thousands of years, ancient Egypt dominated the Mediterranean world — and scholars across the globe have spent more than a century trying to document the reigns of the various rulers of Egypt’s Old, Middle and New Kingdoms. Now, a detailed radiocarbon analysis of short-lived plant remains from the region is providing scientists with a long and accurate chronology of ancient Egyptian dynasties that agrees with most previous estimates but also imposes some historic revisions.

Although previous chronologies have been precise in relative ways, assigning absolute dates to specific events in ancient Egyptian history has been an extremely contentious undertaking. This new study tightly constrains those previous predictions, especially for the Old Kingdom, which was determined to be slightly older than some scholars had believed. The study will also allow for more accurate historical comparisons to surrounding areas, like Libya and Sudan, which have been subject to many radiocarbon dating techniques in the past.

The researchers’ new chronology does indicate that a few events occurred earlier than previously predicted. It suggests, for example, that the reign of Djoser in the Old Kingdom actually started between 2691 and 2625 B.C. and that the New Kingdom began between 1570 and 1544 B.C.

Read the complete report about the study here and here.

Most people reading this information may not realize the importance of this study. Most Biblical scholars and Egyptologists have rejected Velikovski’s views. They also agree with a standard chronology for ancient Egypt, although the dates for the reign of some of the kings may vary by a few years.

However, a group of people, mostly influenced by Immanuel Velikovski’s book Worlds in Collision, have proposed to lower the chronology of Egypt by about 500 years.

The followers of Velikovski’s views will try to dismiss this new conclusion about Egyptian chronology as irrelevant. They will also try to discredit the reliability of radiocarbon dating, but as Ramsey said, “For the first time, radiocarbon dating has become precise enough to constrain the history of ancient Egypt to very specific dates. I think scholars and scientists will be glad to hear that our small team of researchers has independently corroborated a century of scholarship in just three years.”

Other Studies on Immanuel Velikovski

Immanuel Velikovsky and the Old Testament

Immanuel Velikovsky and the History of Israel

The Chronology of Ancient Egypt

2 Responses to The Chronology of Ancient Egypt