Rereading Genesis 22:8: The Sacrifice of Isaac and the Preacher

Posted on October 27, 2021 by Claude Mariottini 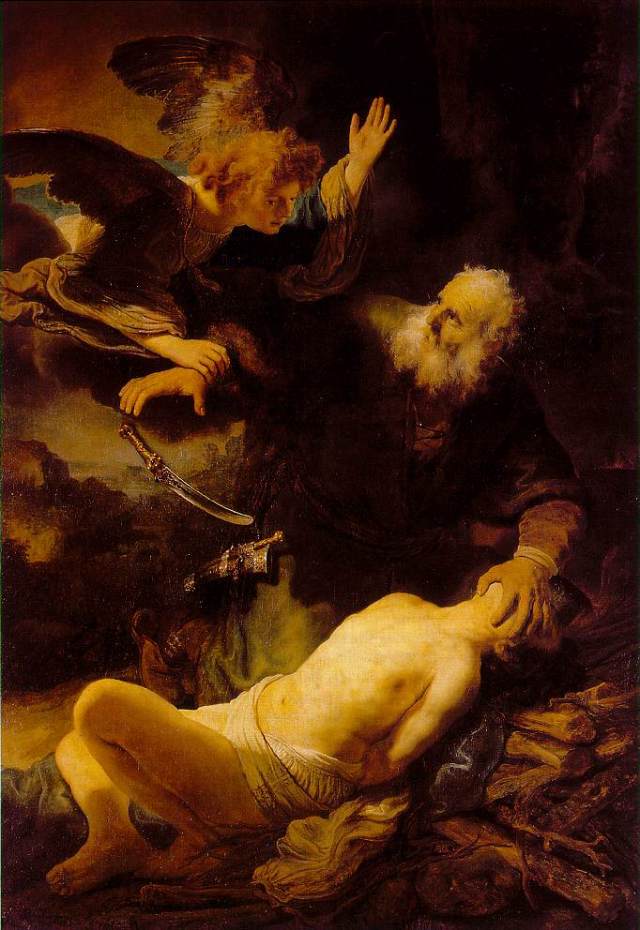 Abraham and the Sacrifice of Isaac
by Rembrandt (1634)

Preaching good and effective sermons from the Old Testament requires hard work. In preparing their sermons, ministers must read good commentaries, consult different translations, and use the best scholarship available to them in order to gain a better understanding of the biblical text.

A biblical sermon is the proclamation of God’s truth, thus, before preaching from any text, ministers must go through the most rigorous study of the text in order to understand the historical and cultural backgrounds of the passage they are using, as well as the precise meaning of the words used in the text.

The success of a good sermon depends on the proper interpretation of the text.  In interpreting a text, the minister must look at the historical context of the passage and the language used by the writer. The most pressing issue faced by those who preach from the Old Testament is how to interpret the message of a text that was written centuries ago in such a way that it becomes relevant to people living in the twenty-first century.

There are many ways to preach from the Old Testament.  One way to make the Old Testament relevant for people today is to interpret it in the light of the complete work of Jesus Christ.  Often, this method of interpretation requires a spiritualization of a biblical passage at the cost of the grammatical-historical sense of the text.  The spiritualization of the Old Testament degrades the historical value of the text and brings into the text a secondary meaning that was not present in the original intent of the writer or that is not present in the actual reading of the text.

Some preachers devalue the text of the Old Testament by adding meaning to words and events in order to produce a developed doctrine of the teachings of the New Testament.  Bernard Ramm, in his book Protestant Biblical Interpretation (Grand Rapids: Baker Books, 1970), p. 50, said that “allegorists might find something far richer about Jesus Christ and salvation in Genesis than in Luke.”

Take for instance the story of the sacrifice of Isaac in Genesis 22.  At the command of God, Abraham took his beloved son Isaac to sacrifice him on the top of a mountain that the Lord had chosen.  God’s request evoked deep feelings in Abraham, and yet, contrary to human desires, Abraham obeyed the divine command, took his son, and prepared to do what God had demanded of him.

As Abraham and Isaac walked to the designated place, Isaac sensing that something was missing, asked his father, “Behold the fire and the wood: but where is the lamb for a burnt offering?” (Genesis 22:7 KJV).  Abraham’s answer to Isaac is a declaration of faith and confidence in God.  Abraham said to his son, “My son, God will provide himself a lamb for a burnt offering” (Genesis 22:8 KJV).

Abraham’s reply does not answer Isaac’s question.  As Walter Brueggemann wrote in his commentary on Genesis (Genesis [Atlanta: John Knox Press, 1982], p. 188): “Abraham does not tell Isaac all he wants to know because Abraham himself does not know.”

The translation of verse 8 as it appears in the King James Version is not very clear.  As the King James Version translates, it seems that God will provide himself as the lamb for the sacrifice.  And this is how M. R. DeHann understood the verse.  In his book, Portraits of Christ in Genesis (Grand Rapids: Zondervan Publishing House, 1966), p. 139, DeHaan wrote: “Notice it does not say ‘God will himself provide a lamb,’ but it says, ‘God will provide himself.’  Translated freely Abraham says God Himself is going to be the Lamb of sacrifice.”

The problem with the King James Version is that in translating verse 8, the translators of the KJV did not translate a preposition (“for”) and a definite article (“the”).  If the translators had paid attention to these minor details, the translation would read like this: “God will provide for himself the lamb for a burnt offering” (Genesis 22:8 ESV).

The translation of Genesis 22:8 in the English Standard Version (ESV) is much superior to the translation of the King James Version (KJV).  Had Dr. DeHaan used the ESV, he would have no grounds to preach that God was providing himself as the sacrificial lamb.

I am sure that Dr. DeHaan’s sermon was a blessing and inspired many people who heard that interpretation of Genesis 22:8.  However, just because a sermon is inspiring and even life-changing, it does not mean that it is true to the real meaning of the text.  The writer of Genesis 22:8 never intended to say that God would offer himself as a sacrificial lamb.  It is only a poor interpretation of a flawed translation that can produce a sermon that completely misunderstands the original meaning of the writer.

This brings me back to the preacher.  There are three lessons that every preacher must learn in the preparation of sermons.  First, it is important to check the original languages to ascertain whether a translation is close to the original meaning of the text.  Second, since most preachers cannot read Hebrew and Greek, it becomes imperative that preachers consult more than one translation in the preparation of their sermons and compare how different translations translate the text being used as the basis for the sermon.

1 Response to Rereading Genesis 22:8: The Sacrifice of Isaac and the Preacher