Posted on November 25, 2019 by Claude Mariottini

Megiddo was one of the most famous cities in antiquity and one of the most important sites in Israel. It was situated on the Carmel ridge, sixteen miles northwest of Haifa. From the remains of the city (a tell), one can view the Esdraelon Valley. The tell of Megiddo intersects two ancient commercial routes. One of them was the Via Maris, the ancient trade route used by merchants who traveled from the Fertile Crescent to Egypt. The other route was the road connecting central and eastern Canaan with the Mediterranean coast and the ancient port of Acco. 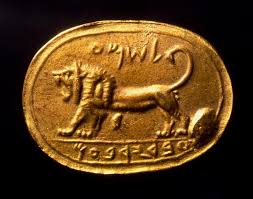 The original inhabitants of Megiddo were Canaanites (Judges 1:27). Archeological discoveries at the site confirm that many of the Canaanites were quite wealthy. The findings at the site include luxury items imported from Egypt and the Aegean area. With the conquest of the city by the Philistines in the twelfth century B.C., the Canaanites remained in the city, but the presence of Philistine pottery indicates that the city remained in Philistine control until it was conquered by the Israelites in the days of David.

According to the book of Kings, Megiddo was one of the many cities Solomon fortified by rebuilding its walls: “This is the account of the forced labor that King Solomon conscripted to build the house of the LORD and his own house, the Millo and the wall of Jerusalem, Hazor, Megiddo, Gezer” (1 Kings 9:15). Solomon probably stationed at Megiddo some of his fourteen hundred chariots and twelve thousand horses.

Some Israeli archaeologists have identified the so-called stables of Solomon with storehouses similar to the ones found in Beer-sheba. Ahab refortified the city and protected Megiddo’s water system and made it a “siege city,” that is, a city capable of withstanding a long siege. The remains of the water system have become one of the most important places for visitors of Megiddo.

Several important archaeological discoveries were made at Megiddo. One of them was a beautiful jasper seal discovered in 1904, engraved with a roaring lion and an inscription in Hebrew which reads: Belonging to Shema, servant of Jeroboam.

Scholars differ on the date of the seal. Graves (2015) said that “Most scholars agree that the inscription refers to Jeroboam II, king of Israel.” According to Millard, based on epigraphic grounds, the seal of Shema should be dated to the tenth century (B.C.), during the reign of Jeroboam I.

Ahlström (1993: 208-15) also believes that the seal should be dated to the 10th century. He wrote, “The famous lion-seal of Shema, the servant of Jeroboam, is normally thought to have belonged to a servant of Jeroboam II. However, based on stratigraphical, palaeographical, as well as artistical arguments, it is more likely that Shema was the servant of King Jeroboam I of Israel. In this way this seal may be the oldest surviving evidence of the existence of the state of Israel in the 10th century B.C.E.” The owner of the seal was one of Jeroboam’s officers, probably the governor of Megiddo.

Another discovery was the fragment of a stela, written in hieroglyph, with the name of Shesauk (Shishak). Shishak was the king of Egypt who invaded Judah in the fifth year of Rehoboam (922-915).

Megiddo remained an important Israelite city until it was conquered in 733 B.C. by Tiglath-pileser III, king of Assyria. The Assyrians rebuilt the city and used it as one of the administrative centers of the empire.

Josiah, king of Judah, died a tragic death in Megiddo when he confronted Pharaoh Neco of Egypt. Neco was traveling to Carchemish in order to stop the Babylonian army. Probably, in order to hasten the demise of the Assyrian empire, Josiah chose to confront Neco at Megiddo:

After all this, when Josiah had set the temple in order, King Neco of Egypt went up to fight at Carchemish on the Euphrates, and Josiah went out against him. But Neco sent envoys to him, saying, “What have I to do with you, king of Judah? I am not coming against you today, but against the house with which I am at war; and God has commanded me to hurry. Cease opposing God, who is with me, so that he will not destroy you.” But Josiah would not turn away from him, but disguised himself in order to fight with him. He did not listen to the words of Neco from the mouth of God, but joined battle in the plain of Megiddo. The archers shot King Josiah; and the king said to his servants, “Take me away, for I am badly wounded.” So his servants took him out of the chariot and carried him in his second chariot and brought him to Jerusalem. There he died, and was buried in the tombs of his ancestors (2 Chronicles 35:20-24).

The fame of Megiddo among Christians is due to its appearance in the New Testament. The name of the city appears in Revelation, the last book of the New Testament, as Armageddon: “Then they gathered the kings together to the place that in Hebrew is called Armageddon” (Revelation 16:15).

The word “Armageddon” is derived from two Hebrew words: har megiddo, “the Mountain of Megiddo.” In his vision of the end, John described the apocalyptic conflagration of the last days with Megiddo, the biblical city that, because of its strategic location, had witnessed the struggles of mighty armies and the noise of many battles.

This entry was posted in Archaeology, Megiddo and tagged Armageddom, Joshiah, Megiddo. Bookmark the permalink.