Posted on December 5, 2016 by Claude Mariottini

When Nefertari’s tomb was discovered in 1904, archaeologists concluded that her tomb had been looted. Nefertari was an Egyptian queen and the wife of Ramesses II, the pharaoh who ruled Egypt at the time Israel served the Egyptians as their slaves.

When archaeologists entered her tomb, they discovered that her remains were disturbed and that her granite sarcophagus had been damaged. Among the things archaeologists found in Nefertari’s tomb were a pair of sandals and some leg bones. 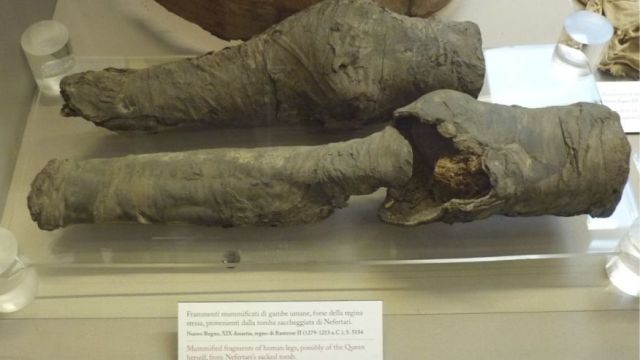 Read the story in its entirety here.