The Old Testament in the News 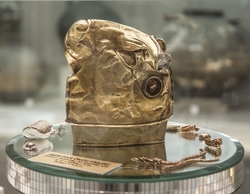 The report below discusses the reasons many pastors are leaving the ministry:

In an article about pastoral burnout in Citizen-Times, June 19, Barbara Blake included a statement by the Schaeffer Institute that “35 to 40 percent of pastors” actually leave the ministry. She offered a number of reasons for pastoral burnout, but she failed to mention one of the most dominant causes for leaving the ministry: some pastors no longer believe the Bible or the God it describes.

Increasingly pastors are acknowledging they do not believe what they preach. Many grew up in a religious culture that accepted the Bible as being “the word of God.” They attended seminary and learned the original languages of the Hebrew Old Testament and the Greek New Testament. In the process they discovered that the 66 books of the Bible were written by human authors, in diverse time periods, for different purposes, and different literary techniques were used.

It is amazing that some pastors only find out in seminary that the books of the Bible “were written by human authors, in diverse time periods, for different purposes,” who also used “different literary techniques.” If these pastors had to wait until they got to seminary to make this discovery, their knowledge of the Bible was very limited when they initiated their theological education.

The writer of the article also provides several other reasons why pastors quit the ministry. One reason why pastors don’t believe the Bible and why they quit the ministry is because of “the Old Testament’s description of a warrior God that directs his followers to kill his enemies.”

Those who struggle with the concept of the warrior God have a limited view of the God of the Old Testament. It is true that God fights for his people, but God as a warrior is only one of the many aspects of God in the Old Testament, one that is overshadowed by the character of God as a merciful and gracious God.

Only twice in the Old Testament is the LORD said to be a warrior, but over and over again the Lord is said to be a gracious and merciful God.

The Bible is the word of God even when at times some of its teachings may be contrary to many of the cultural norms of our society. Pastors who do not believe what they preach should not be in the pulpit.

The Problem of Intolerance

Israel Today is reporting that an Israeli Messianic business has to cease operating because they refuse to host a homosexual wedding:

The Jerusalem District Court has ordered Moshav Yad Hashmonah, a community of Messianic Jews and Evangelical Christians, to pay compensation to two lesbians after it refused to host a same-sex wedding reception. “We knew we were breaking the law. Somebody needed to do it.” says Ayelet Ronen, general secretary for the village.

During the trial, representatives of the Moshav quoted from both Old and New Testaments. “We do not hate homosexuals or lesbians. We love them. We simply told the court that it is God’s word in the Bible that calls homosexuality an abomination,” Ronen told Israel Today.

She continues: “As a faith-based community we need to be able to refuse events that blatantly oppose our religious beliefs. We explained to the judge that a same-sex celebration would ruin our business. The majority of our clientele are Christians who vigorously oppose gay marriage.”

It is sad that the land that produced the Hebrew Bible/Old Testament refuses to recognize that people of faith should have the right to refuse events that blatantly oppose their religious beliefs.

Christians in Israel and in the United States are facing the same problem. The homosexual community could find different florists, bakers, and reception halls to have their homosexual marriages and no one would oppose them.

Rather, they choose to go to Christian florists, bakeries, and other Christian businesses in order to challenge them and force these businesses to cater to them.

According to Exodus 32:4, 8, the Golden Calf was a molten image that represented a young bull that the Israelites made to worship while Moses was on top of Mount Sinai receiving the laws that are popularly known as the Ten Commandments.

Today the Archeology and Ethnography Institute under the Azerbaijan’s National Academy of Sciences (AMEA) has presented the most significant archeological finds of recent times. Among them there’s a golden calf or its head to be more exact.

According to the Institute, the Management of AMEA, Ministry of Culture and Tourism and French National Research Center participated in the presentation.

“Precious artifacts are of high importance for national and global archeological science. Some of them are of strategic significance”, – the Institute informs.