The Mother of Seven 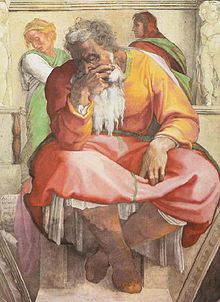 “The mother of seven will grow faint and breathe her last. She will die, ashamed and humiliated, while it is still daylight” (Jeremiah 15:9).

In ancient Israel, the symbolism of giving birth to seven children was used as a proverbial expression to describe a woman blessed with children or to refer to a family whose future in Israel was guaranteed because the family name would survive in the memory of the community through the sons. Two classic examples of “mother of seven” appear in the Old Testament.

When Hanna was delivered from her barrenness and gave birth to Samuel, she said: “The barren has borne seven” (1 Samuel 2:5). These words reflect Hannah’s joy in becoming a mother and the awareness that she had conceived a son because of God’s help.

The second example is found in Ruth 4:15. After Ruth married Boaz and gave birth to Obed, the women of Bethlehem paid her the highest compliment by telling Naomi that her daughter-in-law Ruth was better “than seven sons.” This recognition spoke highly of Ruth’s character since being a mother of seven sons was the highest accolade a woman in Israel could receive.

For a woman, to be a mother and to have sons was to be blessed by God. Psalm 113:9 says that the Lord should be praised because “He gives the barren woman a home, making her the joyous mother of children.”

On the other hand, women such as Sarah, Rebekah, Rachel, and Samson’s mother were barren and unhappy. These women carried with them the sorrow of being unable to give children to their husbands and the opprobrium of their society for not being blessed by God.

In light of the positive sentiment that the proverbial expression of being a mother of seven carried in Israel, it is significant that Jeremiah used the same imagery to describe the enormous tragedy and the depth of sorrow that would come to Jerusalem as a result of the judgment that God was bringing upon the nation.

During the invasion of Jerusalem, so many husbands would be killed that the widows of Jerusalem would become “more numerous than the sand of the seas.” So many children would die that mothers would receive news that their sons were killed early in battle (Jeremiah 15:8).

According to Jeremiah, when the judgment arrives upon Jerusalem and a mother of seven hears the news of the death of her children, that mother will be filled with anguish, tormented by the terrible deaths of her children. Robbed of her children in the prime of their lives, the woman grows faint, breathes her last, and dies (Hebrew: “breathes out her life”), ashamed and humiliated because she has lost her seven sons (Jeremiah 15:9).

The imagery of a mother of seven losing her children is used to describe the anguish, pain, and sorrow that will fall upon the inhabitants of Jerusalem. The imagery, although painful, is a good illustration of the paroxysms of emotion evoked by the disaster that came upon Judah in 587 BCE.

There is no greater human sorrow than the one which comes to a home when a mother of many children dies in the prime of her life, leaving her children deprived of maternal love. This is the imagery Jeremiah uses to describe the plight of the people of Judah. Jeremiah, anticipating the coming judgment that the Lord will bring upon Judah, uses the imagery of a husband mourning the death of his wife and the mother of his many children.

Mother Jerusalem (2 Samuel 20:19) has lost her children and her judgment is a reversal of the promise God has made to the ancestors. The promise of life that God had made to Abraham, “I will indeed bless you, and I will make your offspring as numerous as the sand on the seashore,” now becomes the reality of death: “Their widows will be more numerous than the grains of sand on the seashore” (Jeremiah 15:8).

The promise of life once made to Abraham has become an illustration of what will happen to Jerusalem when the destroyer comes. The city that once was full of people will now become like a widow deprived of her children (Lamentations 1:1). The proverbial expression used to describe a woman blessed with God’s favor will now become the symbol of bereavement and death.

6 Responses to The Mother of Seven