Zephaniah and the Palestinians

Posted on January 8, 2008 by Claude Mariottini 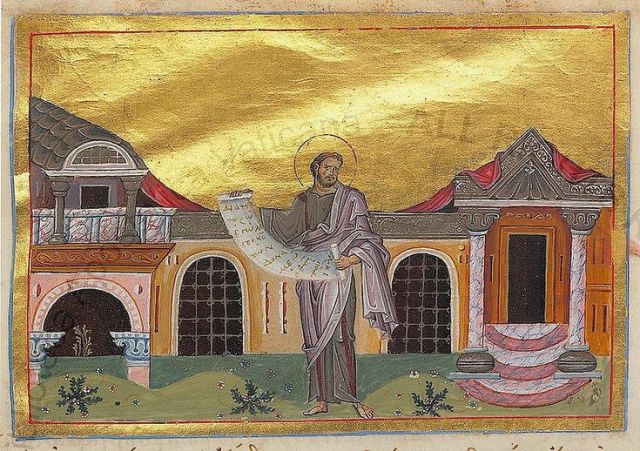 In his post “Zephaniah Calls Canaan Palestine,” Jim West declared that Zephaniah identified Canaan with Palestine, that the Canaanites were called Philistines, and that they were the inhabitants of the central highlands. From his conclusions, Jim then declares that “the ‘Palestinian’ presence in the central highlands goes back at least as far as Zephaniah’s era.”

There are several statements in Jim’s post that need correction. The way Jim’s post was written, it can be interpreted as a political statement which advocates a Palestinian right to the land of Canaan, or in modern political understanding, the land of Israel. However, the proper exegesis of Zephaniah 2:4-5 will demonstrate that Jim’s view is based on a misinterpretation of the text.

1. The Old Testament never calls Canaan “Palestine.” The word “Palestine” appears in the King James Version of Joel 3:4: “Yea, and what have ye to do with me, O Tyre, and Zidon, and all the coasts of Palestine?” However, this translation is incorrect because the word in Hebrew should be translated “Philistia.” The word “Philistia” appears in all translations and it is used elsewhere in the King James Version (except, of course, in Joel 3:4).

2. Jim says that in his oracle Zephaniah is referring to two different people: “the coastal folks known as the Cherethites and the central highland’s inhabitants which he calls the Philistines.”

This interpretation that Jim proposes is not correct. What Zephaniah is using here is probably a parallelismus membrorum. In the parallelism, “the inhabitants of the sea-coast, the nation of the Cherethites” is the same as “Canaan, the land of the Philistines.”

To Zephaniah, the Cherethites and the Philistine are different names for the same people. Gesenius §131a calls this construction “apposition.” According to Gesenius, “apposition in the stricter sense is the collocation of two substantives in the same case in order to define more exactly the one by the other.”

3. Jim wrote: “I can’t think of anyone who argues that the Canaanites lived elsewhere besides the central highlands-and hence the inhabitants of that area are called Philistines.”

This statement is also incorrect. The Canaanites lived in Sidon, Tyre, and other coastal cities, for the land of Canaan also included the coastal areas. The book of Joshua extends the land of Canaan “from the Shihor, which is east of Egypt, northward to the boundary of Ekron” (Joshua 13:3). In addition, the people who lived in the highlands were not called Philistines, although there was a Philistine presence in the highlands.

4. Jim wrote: “Therefore, the ‘Palestinian’ presence in the central highlands goes back at least as far as Zephaniah’s era.”

What Jim fails to recognize in his post is what Zephaniah intended with his oracles against the Philistines.

After the Assyrian invasion of Canaan, the four cities mentioned by Zephaniah became vassals of Assyria and under Sargon II, they became an Assyrian province named Ashdod.

Zephaniah 2:5 must be understood in the context of Zephaniah’s oracle against the nations in Zephaniah 2:4-15. In verse 8 Zephaniah also mentions Moab and Ammon. In Zephaniah’s day, Philistia, Ammon, and Moab were Assyrian vassals. Zephaniah’s oracle is an anti-Assyria oracle that may reflect Josiah’s efforts at revolt against Assyrian control. This oracle indicates that Assyrian control was still present but the threat of reprisal against rebellious vassals was diminished because of the rise of Babylon.

Zephaniah’s oracle against the four Philistine cities declares that the cities will be punished with the loss of their inhabitants. Gaza will become a forsaken territory, Ashkelon will be devastated, Ashdod will be deported, and Ekron will be eradicated. The cry of lament, “Woe” (Hebrew hoy), when used in prophetic oracles indicates that the subject has entered the realm of judgment that will result in death.

What Zephaniah has done with this oracle is to take the political situation of the seventh century and couch his words in the language of the conquest of Canaan. The enemies of Judah are seen as Canaanites. Philistia is to receive the same fate of the Canaanites and lose its inhabitation by conquest and complete annihilation. The Philistines are present in the land promised to Israel but they do not belong there; so, like the Canaanites of old, they will be eradicated. The Philistine cities will be depleted of their residents and occupied by Judean shepherds (Zephaniah 2:6-7).

The words of Zephaniah found fulfillment with the Babylonian invasion of Canaan. As Kenneth A. Kitchen in his article, “The Philistines,” in People of Old Testament Times, ed. D. J. Wiseman (Oxford: Claredon Press, 1973), p. 67, wrote: “Ashkelon sought to resist the Neo-Babylon advance in 604 B.C.; Nebuchadrezzar II subdued it and exiled its king in Babylon, where his sons appear in the ration-tablets with Jehoiachin of Judah and his relations. These, with mentions of kings of Gaza and Ashdod at the Babylonian court, are the last traces of Philistia as an entity, before her final disappearance as a political unit.”

STUDIES ON THE PROPHET ZEPHANIAH

The Historical Context of Zephaniah’s Ministry

Zephaniah and the Judgment of God

Zephaniah and the Palestinians

2 Responses to Zephaniah and the Palestinians