The people of Israel used standing stones to mark defining moments in their lives and in the history of their nation. These standing columns were erected to celebrate special occasions in the life of an individual. Absalom erected a standing stone as a memorial to himself. His monument was designed to keep his name in remembrance in Israel since he had no sons (2 Samuel 18:18). When Rachel died, Jacob erected a standing pillar as a marker for his wife’s grave (Genesis 35:20). 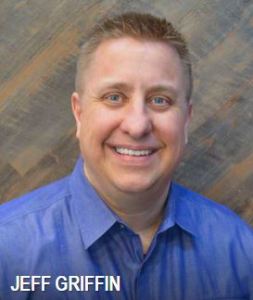 Standing stones were also erected to celebrate special occasions in the life of the nation. Some of these monuments were erected to celebrate a victorious battle against one of the enemies of Israel. After Joshua and the people of Israel conquered the city of Ai, Joshua built an altar to God on Mount Ebal. There in front of all the people, Joshua wrote on stone slabs a copy of the law of Moses and read all the words of the law before the people (Joshua 8:28-35).

In his study of standing stones in Palestine, Graesser says that standing stones “were well-known objects in ancient Palestinian culture and are mentioned often in the Old Testament.” These standing stones were basically a stone that was erected to serve as a marker to help people remember events in the past. According to Graesser, these standing stones “would arrest the attention of the onlooker because it stood in a position it would not take naturally from gravity alone; only purposeful human activity could accomplish such a setting up” (Graesser 1972: 34).

There are two words in the Hebrew Bible used to designate standing stones. The first word is massēbāh. The word massēbāh is used in the Hebrew Bible to describe different things, some of these things were acceptable in Israel and others were not. The massēbāh that Jacob erected to mark Rachel’s grave was acceptable because it had a secular meaning. The massēbāh associated with the worship of Asherah was not acceptable because it was used in the worship of a non-Israelite god and goddess.

The second word is ’eben, a word that means “stone.” Stones were very common in Israel because they were used as building material. Stones also had many uses. Jacob used a stone as a pillow (Genesis 28:11) and Moses used a stone to sit upon (Exodus 17:12). When a stone was used to mark a sacred place, if the place was not associated with the worship of Yahweh, the use of the stone was not acceptable. The stone Zoheleth, located near En-rogel, was not acceptable because it was a sacred stone dedicated to a god whose symbol was a serpent (1 Kings 1:9). In many places, images of gods were made of stone (Habakkuk 2:19).

When Rebekah heard that Esau was planning to kill Jacob, Rebekah called Jacob and told him to flee to Haran and stay with her brother Laban (Genesis 27:42-43). Jacob was scared because of Esau’s threat to kill him. Jacob listened to his mother and fled to the house of his mother’s family who lived in Haran. By traveling to Haran, Jacob was returning to the place from where Abraham had come.

After traveling for a few days, one night Jacob stopped at a place to rest and spend the night. The place was unremarkable, the last place where Jacob expected to have an encounter with God. Although the name of the place is not mentioned, the place was important; it is mentioned three times in one verse (Genesis 28:11). Walter Brueggemann called the place where Jacob met God a “non-place,” a place that was “transformed by the coming of God.” And, in the process, Jacob, this “non-person” “is transformed by the coming of God to a person crucial for the promise” that God had made to Abraham (Brueggemann 1982:242).

There, in that “non-place,” Jacob took a stone, put it under his head, and lay down to sleep. He had a dream and after he awakened from his sleep, Jacob said, “How awesome is this place” (Genesis 28:17). The place where Jacob had his dream was a primitive place, but it was awesome because God was there. Jacob said, “Surely the LORD is in this place; and I did not know it.”

Jacob recognized that the place where he had his dream was an awesome place. In the morning, to celebrate that defining moment in his life, Jacob took the stone (’eben) he had put under his head and set it up for a pillar (massēbāh). Then he poured oil on the top of it and called the name of that place Bethel, “the house of God” (Genesis 28:19).

Jacob’s experience with God transformed his life. But, what happened to Jacob? Why was that place an awesome place? Why did that place require a stone to celebrate that defining moment in his life? What changed his life was what he saw in his dream and the message he received from God.

While Jacob was sleeping, he had a dream in which he saw a stairway. The stairway was set up on the earth, but its top reached up to heaven. Jacob saw the hosts of heaven, the angels of God going up and coming down on the stairway. Jacob saw the angels ascending and descending the stairway, doing God’s mission in the world. Those angels who were ascending to heaven were returning to God “to present themselves before the LORD” (Job 1:6) after completing their assignment. Those descending the stairway were coming down to earth to carry out their assignment.

Jacob recognized that the place where he had his dream was a special place because God was there. When God revealed himself to Jacob, “the LORD stood beside him” (Genesis 28:13). The English Bibles differ on how to translate Genesis 28:13. The NIV, the ESV, and the KJV translate as follows: “There above it [the stairway] stood the LORD.” The NRSV, the TNK, and the HCSB translate as follows: “The LORD was standing there beside him.” In his revelation to Jacob, God does not speak to him from heaven nor does God call Jacob to go up the stairway. Rather, God descends and stands beside him. Brueggemann says that “in this image are the seeds of incarnational faith, of the power of God being embodied in a historical man” (Brueggemann 1982:242).

Jacob had a family that was devoted to Yahweh and yet, Jacob did not know Yahweh personally. Jacob may have believed in the God of his father, but he probably believed that God was far away. Jacob’s views about God changed in that “non-place.” On the day Yahweh revealed himself to Jacob, Jacob discovered that God was present, that God was there in that place, “How awesome is this place; the LORD is in this place, and I was not aware of it.”

One of the many ways God works in the world is by providing for the needs of his people. God is the great provider. “He provides food for those who fear him” (Psalm 111:5). “He provides food for the cattle and for the young ravens when they call” (Psalm 147:9 ). God never told Jacob how he would provide the land for him and his family. Jacob had to trust in God’s promise and know that in the future God would provide what he had promised.

Later on in his life, God will tell Jacob, “Your name will no longer be Jacob, but Israel” (Genesis 32:28). Israel was the nation through whom God would make himself known to the world. Now God tells Jacob, “I will bless the world through you.” Jacob was a fugitive, a deceiver, a “non-person.” But after Jacob met God, he became God’s instrument to bless the nations. God was going to use Jacob’s life to accomplish an extraordinary work in the world. God uses people to bless people.

God promised Jacob that he would protect him, “I am with you and will watch over you wherever you go” (Genesis 28:15). Throughout his life, Jacob was assured that God would be with him (Genesis 31:3; 46:4). God protected Jacob from his enemies and during his twenty years of sojourn in Haran (Genesis 31:41). In his life Jacob encountered many hardships and many sleepless nights (Genesis 31:40). He and his family survived the severe famine in Canaan (Genesis 52:5). Jacob survived these difficult situations in his life because God promised to be with him.

In his promise to Jacob, Yahweh used the pronoun “I” six times. This use of the “I” in God’s promise to Jacob indicates that Yahweh would be personally involved in the life of Jacob. The angels of God do God’s work in the world, but it was Yahweh himself who would guide, protect, and provide for Jacob. As Cotter writes, “YHWH will not leave Jacob alone. The one who is no one and no where, who has no one with him and does not know what his future holds, is assured that the profound existential loneliness that is the lot of all humans will not be his any longer, for God is irrevocably with him” (Cotter 2003:215–216).

After Jacob awoke from his sleep, he was in awe at what he had experienced. He said, “How awesome is this place.” Jacob was astonished that in that deserted place God appeared to him, “Surely the LORD is in this place, and I was not aware of it.” In the past, Jacob had heard about the God of his father, but now his eyes have seen the God who stood beside him (see Job 42:5).

To mark that defining moment in his life, Jacob took the stone (’eben) that had served as his pillow, set it up for a pillar (massēbāh), poured oil on the top of it to mark that place as a place of sacred memory, for in that place he had encountered God and felt God’s presence as he had never felt before. That place was Bethel, the house of God.

On June 6, 2021, my pastor Jeff Griffin, Senior Pastor of The Compass Church in Naperville, Illinois preached a sermon on Genesis 28:10-22 titled “Standing Stones: Marking Our Defining Moments– Encountering His Presence.” The post above is based on Jeff’s sermon.

Jeff began his sermons by talking about monuments that are erected to mark defining moments. Jeff shows monuments in Vinland that were erected to celebrate the exploration of North America by the Vikings. Leif Erikson landed there around 1000 CE, almost 500 years before Christopher Columbus discovered America.

At the conclusion of his sermon, Jeff mentions a chair that marks a defining moment in his life. That chair was from a chapel where every Sunday night at his college Jeff attended the worship service held at the chapel. It was in that place where Jeff had an experience with God. He was sitting in one of those chairs when he had his personal experience with God. His life changed because he realized that God was present there. When God spoke to him, Jeff was no longer a religious person, but one who enjoyed a personal relationship with God.

You can also listen to this and other posts on my Podcast which is found under Claude Mariottini on Spotify.

This entry was posted in Book of Genesis, Jacob, Theophany and tagged Bethel, Esau, Genesis 28, God of the Father, Haran, Jacob, Rebekah, Theophany. Bookmark the permalink.