The Destruction of Assyrian Culture

The Times of Israel has published a very sad note of an event that could be considered a cultural crime against humanity. This sad event affects all those who appreciate the historical heritage left to us by the nations of the ancient Near East. Here is the headline:

There is no way of ascertaining whether the statue was genuine or a copy of the original. “It was not immediately clear from the photographs whether the statue that was smashed was genuine. A Tel Aviv Assyriologist who preferred anonymity said that, based on the photos, the statue appeared to be authentic, ‘although it could be a copy placed outside the museum [in Hasakeh],’ he added with due caution.”

The two pictures below show the statue before and after it was smashed by the protesters.

The Statue Before It Was Destroyed 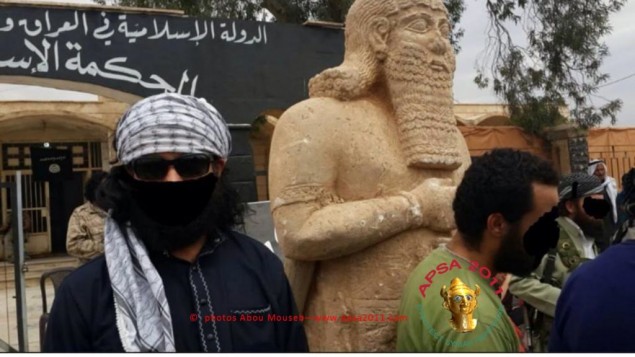 The Statue After It Was Smashed

The looting and destruction of Assyrian antiquities is a tragedy that was brought about by a war in Syria that has attracted many radical fighters attracted by a political ideology that rejects many cultural traditions that differ from their own.

This destruction of antiquities also shows that many people do not appreciate the cultural tradition of Syria, a country that “houses remains from over 5,000 years of human civilization.”

It is time for the United Nations, UNESCO (The United Nations Educational, Scientific and Cultural Organization), the USA, and other nations of the world to raise their voice and cry with a loud voice: “Enough is enough” and do something to stop this destruction of the past.

2 Responses to The Destruction of Assyrian Culture